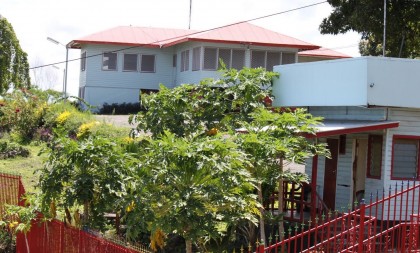 The Office of the Leader of Opposition is seeking clarification over plans by Prime Minister Manasseh Sogavare to demolish the Prime Minister’s official residence – The Red House at Vavaya Ridge.

In a statement, it said while the exercise would deem very costly, the Prime Minister needs to be transparent about the cost of the refurbishment.

The Opposition questions, who has been contracted to carry out the work and how long is the project.

It says, the Prime Minister and his Government need to clarify this to the public.

This country needs to know who will be financing the building.

The Opposition Office says, if the project will be funded by donors then it should also be made clear.

If it will be included in next year’s budget, then the public has the right to know how much it will cost the Government.

The Opposition Office also understands two other state houses belonging to the Speaker of Parliament and the Chief Justice have been earmarked to be demolished and rebuilt.

A government statement said the decision to demolish the Red House is necessary for the construction of a new Prime Minister’s official residence to preserve its dignity as a state residence.

This follows a decision from the Office of the Prime Minster and Cabinet to construct new official residences for the Prime Minister, Speaker of National Parliament and the Chief Justice to accord them dignified residences according to their status.

Meanwhile, the statement said the project’s expenses will be made public when the national budget is tabled in Parliament for approval before its implementation.