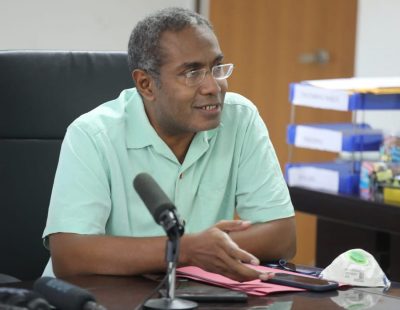 The East Are’Are MP highlighted this in regards to the government’s plan to extend parliament without the people’s mandate and nationwide consultation.

He said sentiments always expressed by the government in Parliament and media that ‘the government does not want to consult with tom dick and harry’s, labelling them as wrong thinking Solomon Islanders’ are very insensitive.

He said these are dangerous implications to our people.

“As leader’s we should not see our people as tom, dick or harry. They are our people, our voters and they are Solomon Islanders. These people also have rights and they are the ones that gave us the mandate in Parliament,” he said.

Hon Kenilorea said when it comes to election cycles all Solomon Islanders have equal views.

“Some of our people might not have fancy titles or a colourful educational background but when it comes to election cycles, their views matter,” he said.

Meanwhile, Hon Kenilorea also questioned the consultation report on the extension of parliament promised by the Prime Minister in Parliament.

In April 2021, the Cabinet paper on the extension of Parliament was leaked in the media.

The Prime Minister then responded to questions by Hon Kenilorea in Parliament that time, stating that reasons for the proposed extension of parliament would be given at the right time.

The Prime Minister back then also informed Parliament that the AG Chambers and OPMC would provide a report on the consultation process.

“Where is the study or the report?” Hon Kenilorea questioned during the Opposition Press Conference Friday last week.

He said the fact that there were no wider consultations on the matter was of great concern.

The Opposition understands consultations were only held with premiers, churches and the private sector, which was heavily opposed.