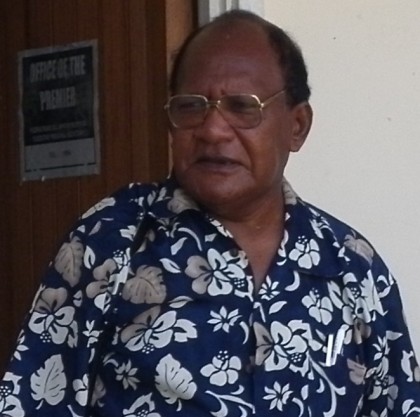 A prominent leader from Isabel Province and Maringe Paramount Chief Dennis Lulei has contributed in his capacity as a senior chief to the Anti-Corruption Bill 2016.

The Bill was formulated to combat corruption in Solomon Islands on its forms including; the establishment of an Independent Commission Against Corruption, dealt with complaints, measures to prevent corruption and others.

Chief Lulei says he wants the members of the Solomon Islands Independent Commission Against Corruption to be truly independent.

He adds, the penalties to be enforced must be heavy.

“I strongly supported the punitive measures of the Bill or the punishment for those who use their powers and influence as well as found to be corrupted at the official and corrupt level, they must be dealt with according to the law and also they must be punished heavily for stealing or playing at a very unfair and disadvantage level.”

Mr. Lulei acknowledges the Democratic Coalition for Change Government for bringing the most important bill to light.