H.E Da Silva is in the country to formally introduce himself after he was unable to pay a courtesy call on the Prime Minister earlier because of the Global Pandemic.

Prime Minister Sogavare assured the Ambassador of the National government’s continuous support and confidence during his tenure as non-resident Ambassador to Solomon Islands. 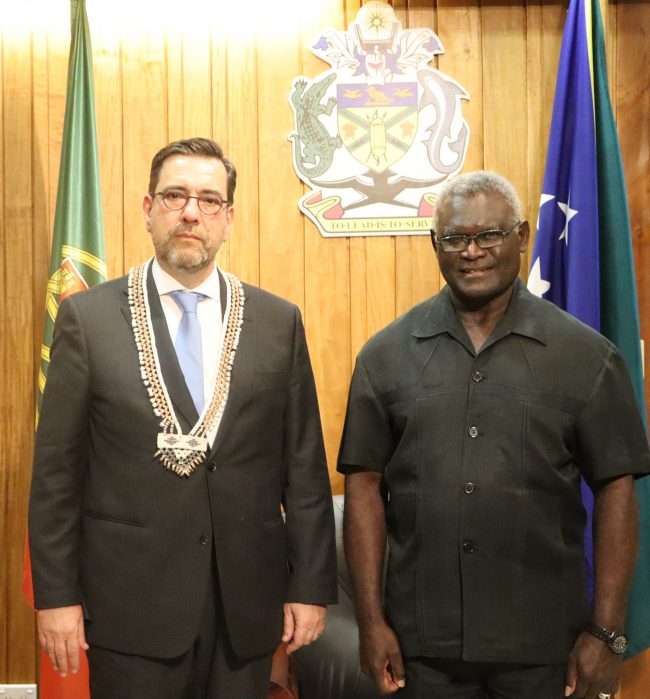 “Welcome and congratulations on your new appointment as Ambassador to Solomon Islands with residence in Canberra, Australia,” Mr Sogavare said.

Solomon Islands and Portugal established diplomatic relations on November 20 1996 with their Embassy in Canberra getting accredited to Solomon Islands.

Both leaders agreed that despite their geographical distance, the two countries’ relationship have always been cordial and centered on common priority areas such as sustainable development, renewable energy, addressing climate change and oceans issues, education among others. 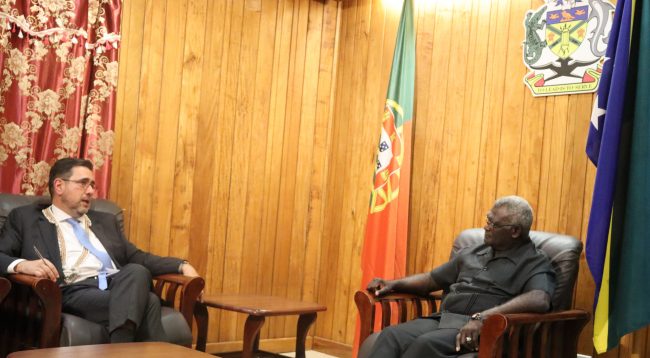 Prime Minister Sogavare also acknowledged and thanked Portugal’s influential role in the international stage in harnessing multilateral mechanisms to address pressing global challenges such as climate change and oceans sustainability; issues of paramount importance to SI and the Pacific region.

Solomon Islands and Portugal have minimal engagements over the years although Portugal has supported our productive and social sectors. 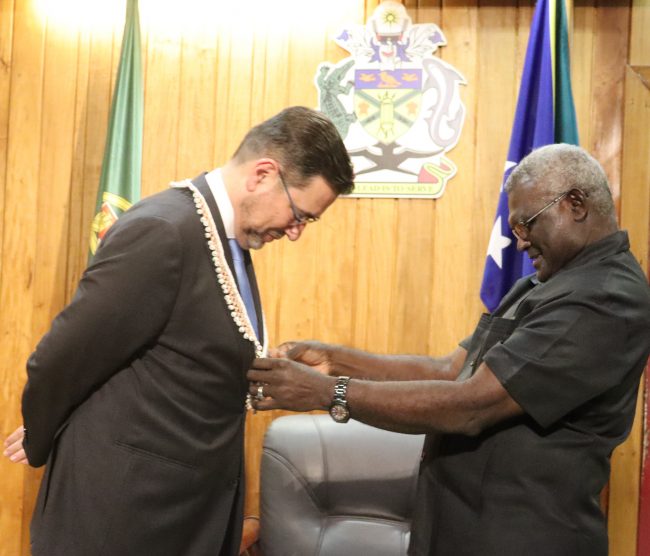 With Portugal renowned in several sports particularly soccer, Solomon Islands would like to deepen people to peoples diplomacy through sporting avenues. Our countries can explore technical assistance and expertise on soccer sporting faculty from Portugal, this would enhance and hone our teams for Gold medal winning chances.

Portugal is located in South-Western Europe. It has a Unitary semi-republic government system with President Marcelo Rebelo de Sousa as Head of State and Prime Minister Antonio Costa as Head of Government.

The national government is urging the Bills and Legislation Committee (BLC) to quickly come up with its report on the Public Health Emergency Bill 2021. ... Read More