In his remarks, Ambassador Pedro Rodrigues da Silva said Solomon Islands and Portugal are geographically far apart but he believed the Peoples of the two countries share the same aspirations for peace and development in the world.

He said Portugal has been doing its best to foster international cooperation to combat the effects of climate change.

“This is a global challenge for all humankind, and Portugal is proud to be at the forefront of international efforts to push for carbon neutrality, the Ambassador said. 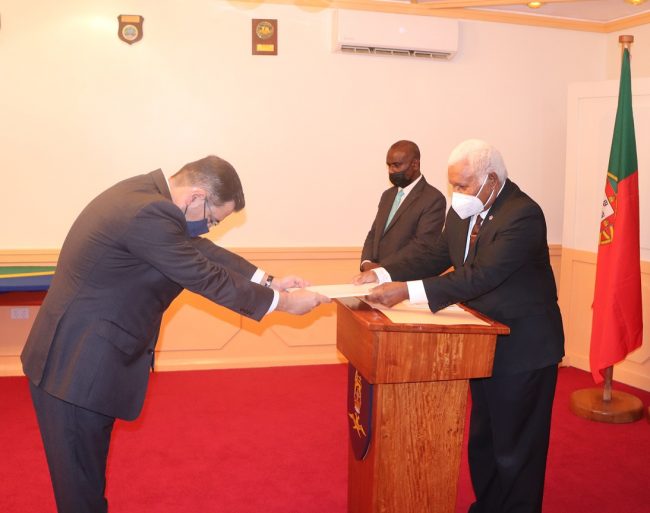 Ambassador Pedro also highlighted that a peaceful international political order can only be sustainable in the long run if all members of the International Community, large and small, have their voices heard in the world fora.

Bearing that in mind, Portugal strongly upholds the principle of effective multilateralism, as a means to harness the combined resources of the international community to address global challenges such as climate change. 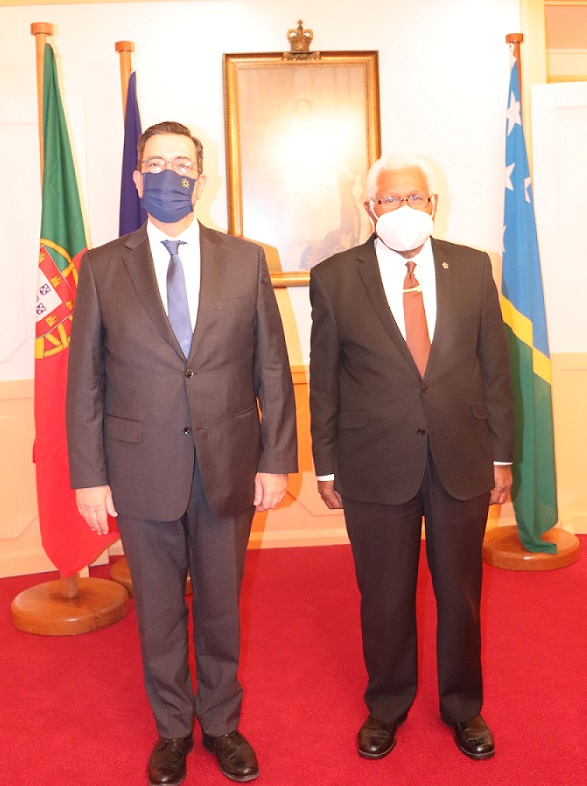 Portugal is also playing a pivotal role in establishing a nexus between oceans and climate change and in promoting the sustainable use of the seas in order to preserve biodiversity and to tackle global warming, increased pollution and overexploitation of marine resources.

Sir David expressed confidence in Ambassador Pedro to continue in strengthening and deepening the two countries’ bilateral relations through expanding and exploring new areas of development, economic cooperation and people to people diplomacy.

“I am delighted to hear of Portugal’s continuous commitment to uphold the principles of effective multilateralism, a necessary and vital medium by which the international community must utilize to address pressing global issues including climate change,” Sir David said.

He said this action is aligned to the Pacific unified voice in confirming that climate change remains the single greatest existential threat facing the Blue Pacific Ocean. 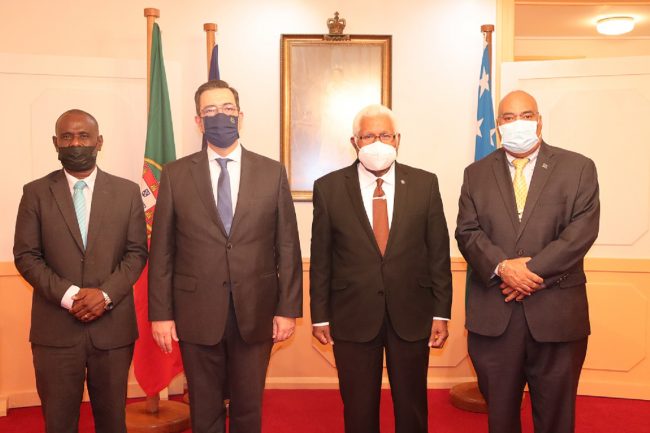 In the recent 51st Pacific Islands Leaders’ summit, Pacific Leaders agreed to collectively aim for carbon neutrality in the Pacific by 2050.