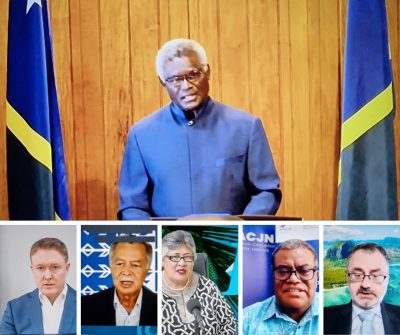 Mr Sogavare made the call in his address to Pacific Media Chief Executive Officers and owners attending the virtual Reporting on Integrity and Anti-Corruption summit at the Tavanipupu Resort in East Guadalcanal today.
He says, it is important for journalists to understand the functions of certain institutions to be able to report fairly on corruption issues.
“In order to be fair and accurate when reporting and exposing integrity and corruption issues, it is absolutely crucial that you must first understand how these institutions operate and how they relate to other institutions within the government.
“Understanding their powers is extremely important, especially within the international, regional and national frameworks,” he said.
The Prime Minister assures, the government is also committed to addressing corruption through its anti-corruption institutions such as that Solomon Islands Independent Commission Against Corruption (SICAC).
“We as a government is committed to making sure that SICAC is effective. We also, like other countries in the Pacific, we also have other integrity institutions, such as the Leadership Code Commission, Ombudsman Office, Office of the Auditor General amongst others.
“Whilst having these institutions are very important, it is also equally important that the public has to know how these institutions work,” Prime Minister Sogavare said.
Mr Sogavare has also encouraged the media who plays the role as the fourth estate to report fairly and accurately on corruption issues.
The two-day virtual conference is currently underway for Pacific CEOs and Media Owners. The conference is on Reporting on Integrity and Anti-Corruption in the Pacific.
The conference started with official opening remarks from the Solomon Islands Prime Minister Manasseh Sogavare.
The two-day summit is co-hosted by the Media Association of Solomon Islands (MASI) from Tavanipupu Marau, Guadalcanal Province, with support from Pacific Islands News Association (PINA), United Nations -Pacific Regional Anti-Corruption(UN-PRAC) and Pacific Anti-Corruption Journalists Network (PACJN). 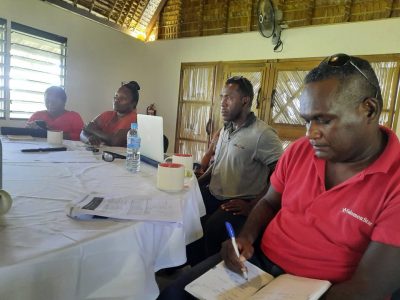 In a statement, MASI said the summit will enable Pacific media CEOs and owners to understand the role of United Nation Convention Against Corruption and UN-General Nations Assembly Special Session (UNGASS) and the Sustainable Development Goal 16 in boosting Pacific anti-corruption co-operation and promoting the Teieniwa Vision, share vision experiences and challenges reporting on anti-corruption.
It will also provide leadership in promoting and delivering anti-corruption reporting in the Pacific and increase the capacity of media to monitor and report on corruption.
Participants will have a better understanding of the roles of anti-corruption bodies and instruments and how these can assist journalists to report on corruption.
The summit ends Thursday 16 September 2021.
Media Companies represented at the conference from Solomon Islands are SIBC, Solomon Star, Island Sun, Isles Media, Media One, Barava FM and SBM (joining later). MASI thanks PINA and the different UN stakeholders for the support.
by Jared Koli