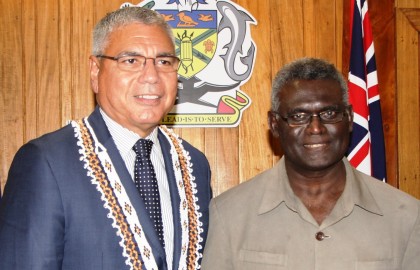 He says there were parallels with Australian Indigenous communities who have pursued similar economic opportunities on traditional land under Native Title adding traditional landowners and custodians have the right to pursue economic development on their land and to ensure the benefits are sustainable.

Mr Mundine is currently visiting Solomon Islands as a special guest of the Australian Government during the Solomon Islands Chamber of Commerce’s Business Excellence Awards today.