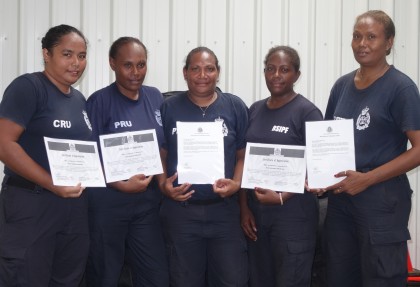 Female police members with their certificates after the POM training. Photo credit: SIBC.

Speaking after the live demonstrations this morning, Deputy Commissioner of Operation Gabriel Manelusi said the demonstrations are the capabilities which police will employ during the election.

“This is the capability that the RSIPF will be focusing on the National General Election. If cannot be, then the PPF will be supporting the RSIPF.”

Meanwhile, the Training Coordinator for the Police Response Team, Lionel Capisa said the team now has the confidence to handle any situation that may arise during this year’s election.

“We have all the confidence and trust in us as this transition period we have all the training that PPF has given us and we believe with our whole heart that we can handle any situation.”

The live public order management demonstration was witnessed by the Caretaker Minister of Police Chris Laore, the Commander of the Participating Police Force and other officials. 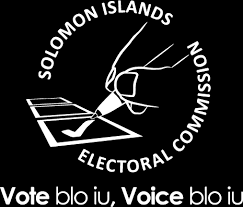