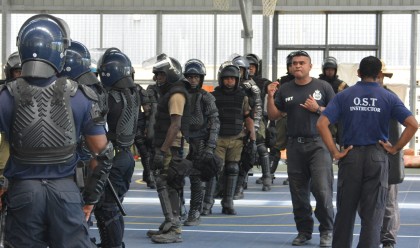 The team has engaged in foot beating, mobile patrolling and traffic operations which resulted in the arrest of more than 30 suspects.

The police now call on the public to participate freely in the upcoming National General Election without fear.

It warns, people who misbehave prior, during and after the election will be arrested and prosecuted.