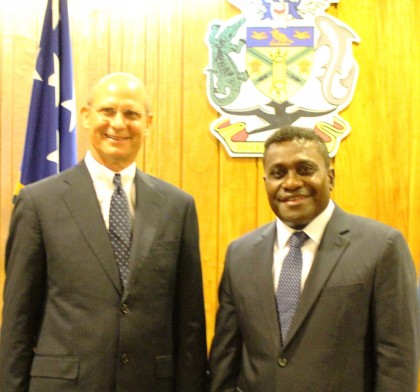 The Prime Minister said, the Solomon Islands Government recognizes the importance of connectivity amongst the Church and the people. Mr Lilo also brief Pastor Ted of the history of the Solomon Islands as well as the Seventh Day Adventist Church in the country.

Meanwhile, Pastor Ted thanked the Government and the people of Solomon Islands for the warm reception and hospitality mounted in his honour upon arrival.

He said he was amazed by the reception he received from Honiara residents and also during his one day visit to Gizo and Kukundu, Western province. Mr Ted said, it is the first time for him to come around this part of the world.

At the end of the meeting, Pastor Ted shared with the Prime Minister a scripture from the book of Joshua chapter 1 verse 9.