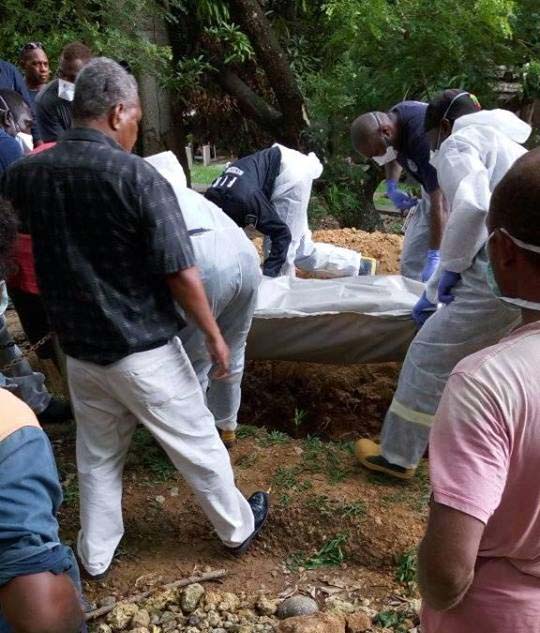 Police yesterday buried the body of Russian who died a couple of months ago and was kept at the national referral hospital morgue.

Police say the man visited the country six months ago and died on the 25th of September and remained at the NRH Morgue since.

The identity of the man is still unknown but police commissioner Matthew Varley says the cause of death was a heart attack.

He said the man was in his 60s and has no details of his address on him when he passed away.

Mr Varley says they are working with immigration and INTERPOL to locate the man’s next of kin.

” The immigration has also been involved as well, they are trying to assist us on their channels, “he said.

” It is clear that he has been travelling the world for some time, but we have also arranged for the Ministry of foreign affairs to send diplomatic notifications to be sent to the government authorities in Russia.”

Mr Varley also added that the body was prepared in such a way that it is possible to be dug up again if relatives came to identify the man.