More than 30 people including children are the latest victims of a gruesome act of some arsonist who burnt down their houses at Kakalu village at Wanderer bay inland in West Guadalcanal on 12 October 2022.

More than 20 plus suspects have been arrested so far. Those suspects involved are male and female including juveniles. Currently, they are at Henderson Police Station for further dealings.

Deputy Commissioner (DC) Operation of the Royal Solomon Island Police Force (RSIPF) Ms Juanita Matanga said this is really sad to know that some women also have been involved as suspects in this burning incident. 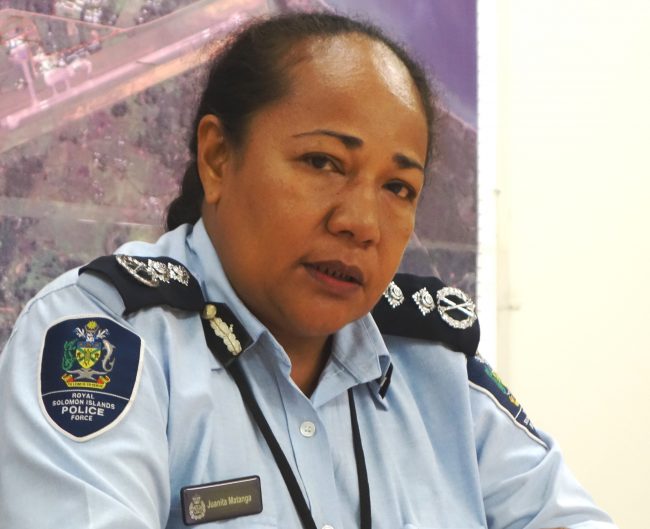 DC Matanga said to make it worst an alleged rape incident also involved during the arson incident where three suspects allegedly rape a women after they bash her husband unconsciously.

RSIPF Officers at Henderson Police Station and Police Response Team (PRT) were deployed to the location where the incident had happened to investigate the incident. PRT formed part of the deployment to support investigators while they were doing their job.

Court mallet. Photo credit: SIBC. A complainant in a criminal case related to a land dispute has accused Office of the Director of Public Prosecution ... Read More

Families were in fear after a male adult pulled out a replica firearm from a black RAV4 and threatened families residing along the road at ... Read More