The United States government is looking to increase and continue its support to Solomon Islands’ development.

United States Deputy Secretary of State Wendy Sherman who is in the country for The Battle of Guadalcanal 80th anniversary announced this at a media conference over the weekend.

Support from the US government varies across all sectors including the planned visit of the world’s largest floating hospital, USNS Mercy to Honiara in the coming weeks. 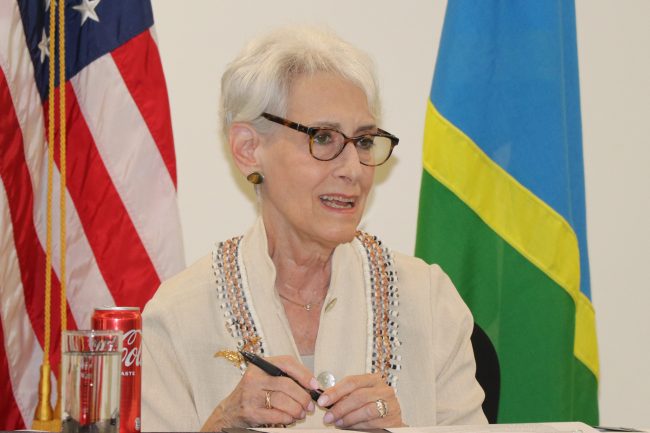 She said the ship’s arrival in the country is part of the US government pacific way partnership 2022 at the invitation of the Solomon Islands government.

“Mercy’s crew will work with their Solomon Islands partners on a range of activities including medical exchanges, engineering projects and community outreach programs.

“Mercy’s visit to Solomon Islands underscores a strong commitment to working with the government and the people of Solomon Islands to improve public health, health care access during the pandemic and beyond,” 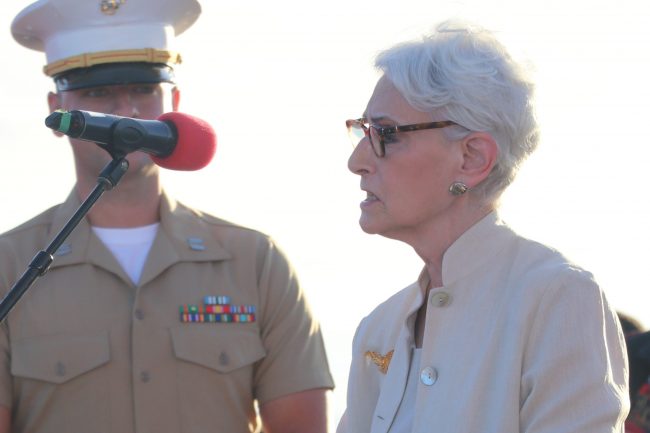 The area of maritime security is also one area the US government is looking at supporting the country in Mrs. Sherman said.

“We are expanding our work together on the security challenges of the present as well.  Maritime security is a major priority for both the United States and Solomon Islands.  That is why we have provided $500,000 in Foreign Military Financing to Solomon Islands to support training with the U.S. Coast Guard.”

The SCALE project was developed and launched following a request made by the Prime Minister Manasseh Sogavare.

The United States also recently signed a Threshold Program Agreement with the government of Solomon Islands to implement a four-year $20 US million effort to reduce poverty and improve natural resource management.

There are also talks to have the Peace Corps and its volunteers return to the country after the program was ceased in 2000.

The United States Deputy Secretary of State also assured that her government  will continue to be a partner that Solomon can rely on.

“We are partnering with Solomon Islands on these and other priorities, not only because it is in the United States’ interest to do so, but because the government and people of Solomon Islands have told us that these are their priorities.  These are your priorities.  In the Solomon Islands and throughout the Pacific Islands, the United States is committed to following what is sometimes called, as I mentioned, the Pacific Way — listening to our partners to really understand their concerns and interests and finding a path forward together,” Mrs Sherman said.

On February 2, 2023, the United States of America officially announced the opening of its embassy in the Solomon Islands.  Now, less than a year ... Read More