Leader of Opposition Hon Matthew Wale has discredited the reasons given for the Prime Minister’s absence during the commemoration of the 80th Anniversary of the Battle of Guadalcanal (G80).

He said the reasons given that the visiting delegations from US, Australia, New Zealand and Japan were represented at the Ministers, and senior officials levels and therefore did not require the Prime Minister’s presence at any of the commemoration events is an ‘insult’ to the country’s friends.

Hon Wale said as hosts, the Prime Minister should be honoured and humbled to lead the delegation here. 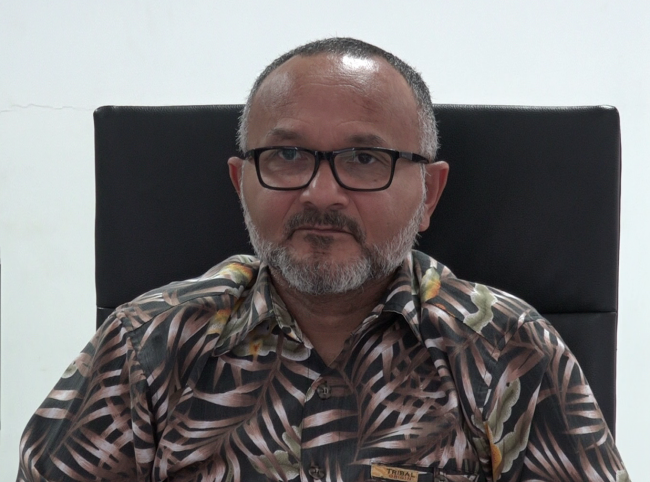 He said the G80 is a historical event not only for visiting friends but also because of its significant history attached to the people.

“We owe great debt to those that liberated this country and our own local brave men and women that risked their lives during the WWII pacific campaign.

“It is not about the level of representation, it is about humility, humanity and respect,” Mr Wale said.

The Opposition Leader said the explanation by the Foreign Ministry in the Island Sun newspaper yesterday (8 August 2022) was a disgrace.

“The Foreign Affairs Permanent Secretary or any official that has ill advised the Prime Minister not to attend the commemoration should be removed,” he said.

The Opposition Leader said he is concerned that there is currently an imbalance in how we treat some of our friends compared to others.

The Opposition Leader stated that he was deeply disappointed that the SIG also cancelled a welcome reception in honour of the country’s friends which he said was a   diplomatic embarrassment.

“I am embarrassed that the government did not even host a simple welcome reception for our friends. Even in the cultural context, it is unthinkable to not even welcome important visitors who were visiting to mark the anniversary of a global event that changed the cause of world history.

He claimed that such attitude and action speaks a lot about the Government’s policy ‘Friends to all, enemies to none’.

In a media statement issued earlier, the government clarified that the Solomon Islands government was well represented at all events at ministerial levels including the commemoration events in and around Honiara.

Given the nature of the visit and the rich and deep military presence, the Minister of Police and National Security and Correctional Services led and represented the government supported by other Cabinet Ministers.  Similarly, the Minister of Tourism and Culture also hosted an event at Bloody Ridge today.

All diplomatic Missions were informed of the level of Solomon Islands representation ahead of the programme both during the planning stage and formally at the events proper.

Standard protocol needs to be respected, the Government has full trust and support of all Ministerial engagement in the country.

The Government of Solomon Islands once again acknowledged and appreciated the presence of the United States, Japan, Australia and New Zealand and regrets misreporting by the Solomon Star and Island Sun newspapers.

GOVERNMENT CALLED ON TO INVOLVE YOUTH IN DECISION-MAKING

The Tina River Hydro Project at its feasibility stage. Photo credit: Business Advantage PNG. One of the signatory tribes to the Tina Hydro project is ... Read More