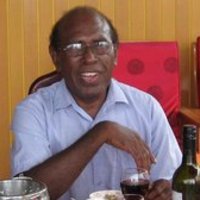 A government statement today says, Ambassador Waleanisia has held the position of Secretary to the Prime Minister since 2015 up until last week when he signed his new employment contract with the Solomon Islands Government for the ambassadorial post.

Addressing Ambassador Waleanisia at a farewell function hosted for him by OPMC at the IBS Hotel last Thursday, Prime Minister Sogavare said, the government and people of Solomon Islands are optimistic that Mr. Waleanisia will display a high degree of competence as he did during his tenure in office as Secretary to the Prime Minister.

Prime Minster Sogavare said Mr. Waleanisia must be always conscious of his new role as the representative of Solomon Islands Government and its people in Taiwan.