The Solomon Islands Electoral Commission has yesterday approved additional nomination centres to be established at provincial headquarters throughout the country.

The decision was reached following a meeting held by the Commission.

Mr Saitala said the process from nowwas to identify all candidates to ensure they filed in their nominations at the additional centres.

“The process from now is my officers will be working closley with the Returning Officers and also our Election Managers to be able to identify candidates that are stranded,”he said.

“We kind of know at this stage political party candidates because political parties candidates already know who are contesting for them at different constituencies but then the only thing that we don;t know is the Independent candidates, but we try to cover for all of them by way of instituting these new measure that the Commission has just approved”.

SIBC News understands, Section 59 of the Electoral Act 2018 was invoked by the Electoral Commission to cater for the additional nomination centres.

I BOWED OUT AS CITY MAYOR WITH NO REGRETS: ANDREW MUA 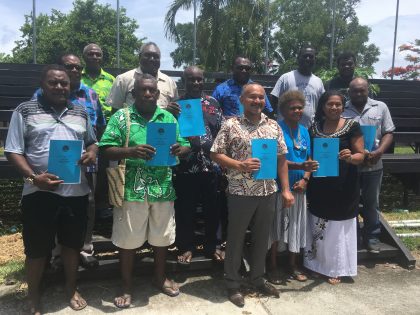