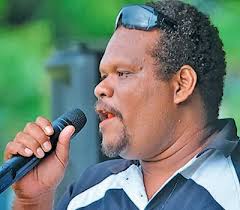 SINTA has cancelled its planned boycott of classes as of today.

Industrial Relations Officer, Samson Faisi proposed the boycott for next week, because the Council’s former Chief Education Officer Don Houkura did not vacate office when his term expired in December last year.

Mr Faisi continued threats of a boycott after Mr Houkura was offered a position as Director of Education with the City Council.

Yesterday, the Honiara City Council agreed to put in writing that Mr Houkura is only appointed as a Special Duty Officer.

In a press conference today, Mr Faisi said the SINTA Executive agreed to cancel the boycott following the outcome, but may go on strike if the City Council fails to honour their agreement.

“SINTA will be monitoring this one very closely and if the Honiara City Council is only lying to us, then chances for this boycott leading onto a strike is high”.

“So the decision of the National Executive, which met today, have agreed to recall all teachers to return to class, as I’ve said is a responsible Union who do not want to hold children or make them fall victims to the issue of a particular person only. We will not call any boycott on Monday and I want to ask all teachers to return to their respective schools as of Monday, provided that teacher’s postings are available today” said Mr. Faisi.