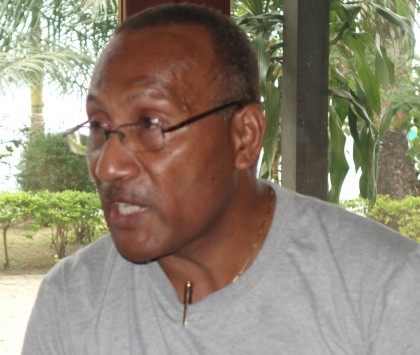 The Solomon Islands Ports Authority (SIPA) has reinstated the 13 employees terminated by Chief Executive officer Collin Yow, as ordered by the High Court.

“SIPA respects the High Court order and we have advised the 13 workers to report back to work within the seven days.”

However, Mr. Ashley says SIPA will still appeal the High Court’s decision at the Court of appeal.

He argues it is not right for the Court to restrict SIPA from terminating an employee if the reason for the employee’s termination has nothing to do with the issue before the trade dispute panel.

“Once any issue is before the Trade Dispute, the Courts cannot restrict the right of the employer to terminate an employee over any labour issues that has nothing to do with issues before the Trade Dispute. That’s how SIPA sees the case, but these arguments await trial. In the meantime, the Court has made an order so we have explained to the employees and told them to return to work in respecting the court order but the case is now before the Court.”

The High Court Friday last week, made the order for the immediate reinstatement of the 13 employees within seven days.

Court mallet. Photo credit: www.pokernews.com The 15 people accused of attacking a man in Gizo December last year will appear before the Magistrate Court on 21 ... Read More