National carrier Solomon Airlines loses 50 percent of its annual monthly income following the domestic travel ban imposed as a result of community transmission of Covid-19 in the country.

Speaking to SIBC news in an exclusive interview, Solomon Airlines Chief Executive Officer (CEO) Brett Gebers said the national air carrier hasn’t been making any profit since the start of the covid-19 outbreak. 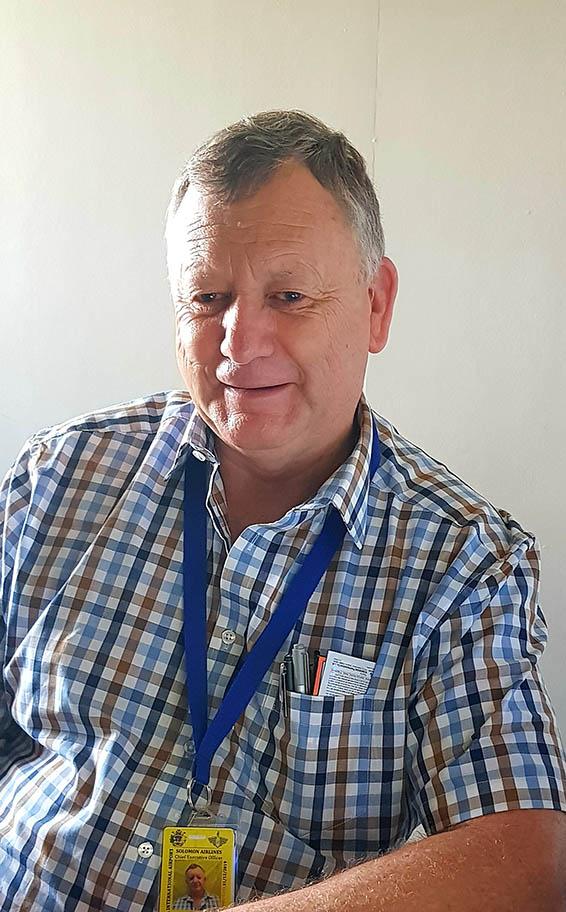 “The domestic travel ban imposed by the government to curb the community transmission of Covid-19 saw the airline losing 50 percent with all expenses remaining, Mr Gebers said.

Mr Gebers said the airline was forced to take cost cutting measures, and only over the past two years, has slowly built the international business based on flying to Honiara once a week and flying charters for anyone needing cargo and passengers to move.

On the 27th of March 2020 closure of the country’s international border saw all international flights cancelled which led to the airline reporting 50 percent of their income instantaneously halted  Gerbers said.

“Having lost 50 percent of the income and losing it again has made it difficult for the airline.”

Despite the challenges presented by Covid-19 the airline is still in operation with assistance from the Solomon Islands Government and the Australian Government.

Mr Gebers said “the Australian Government has made available SBD6 million dollars over the next few months to assist the airlines in flying cargo, this includes the Australian supported medical supply runs to the provinces.”

The airline’s domestic operations now mainly consist of flying cargo outbound to the provinces and nothing inbound on the trips.

Flight destinations are once only approved by the oversight committee.

In terms of cargo shipment costs, Mr Gebers said if the airline is to go by the realistic cargo cost, it would double the current cost.

Current arrangement with the Ministry of Health and Medical Services sees medical supplies being loaded on the planes and left-over seats allowed to be sold commercially.

Through the Australian government support the airline is able to balance out the cost of each chartered flight in the next few months.

Apart from the airline industry, the tourism and the shipping industry are also severely impacted by the Covid-19 pandemic.