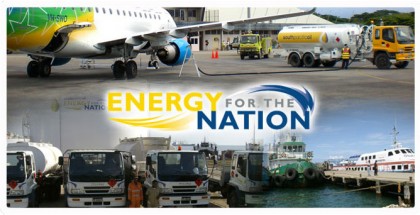 The South Pacific Oil has paid out of its 2015 profit a dividend of more than $53 million to the Solomon Islands National Provident Fund (SINPF).

The South Pacific Oil (SPO) Limited says, 2015 was the most profitable year after nine years of its commercial operation.

It says SPO was able to strategically review its business to achieve this excellent result after the 2014 April flash flooding.

The statement adds SPO has paid a total dividends of SBD $335.2 million to its shareholders.

SPO General Manager Carson Korowa says this is a result of corporate efforts by the management and staff in cutting costs in various areas.