SIBC| Voice of the Nation
HomeLogging

Police have arrested a 47-year-old man in Western Province in relation to the death of a 19 year-old girl in a logging camp at Jericho, North New Georgia, Western Province.

The matter was reported to Noro Police Station and a joint investigated by Noro Police and officers from the National Criminal Investigation Department (NCID) in Honiara ensued.

PPC Lenialu said initial findings from a post-mortem conducted on the body suggested, the death was not a suicide incident but a suspicious death.

The defendant was remanded in custody on murder charge since 8 August for his next court appearance.

PPC Lenialu appeals to those at the logging camp who may have information about the incident to come forward to police. 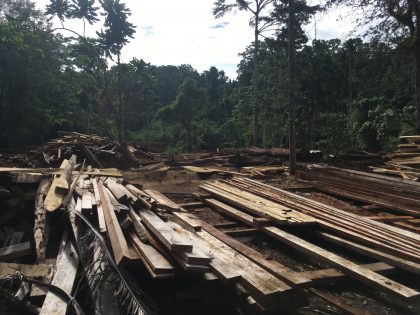 Logging near the Kongulai area. The country's current rate of logging is still unsustainable, admits the Permanent Secretary of the Ministry of Forestry and Research, ... Read More

Logging in the Solomon Islands. Photo credit: SIBC. Landowners of Wairaha in West Are'are have burned down and stoned machines belonging to the Burwood Logging ... Read More