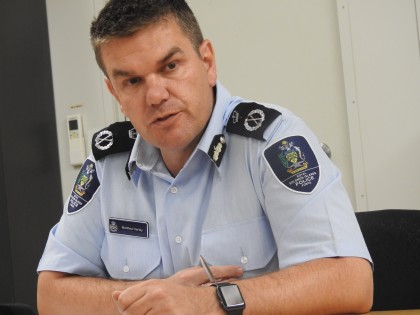 Responding to an article in the Island Sun newspaper yesterday which claimed a delay in task force investigations was due to a lack of forensic auditors in the Royal Solomon Islands Police Force, Mr Varley said “this is untrue”.

He said it was normal for investigations to take time with the complexity of the issues and the evidence collection involved.

He said there is more to the process than arrests.

“We have to have a full evidence file, it has to be evaluated and even when it goes to court, like in the case of the recent permanent secretary, there’s still a lot of work to be done after the matter goes to court,” he said.

“That is called ‘brief preparation’, and our officers have to make sure all of the documents are ready to go to the court, in the case like task force Janus, we have to prioritise the cases that we can do and within our resources we do the best we can, but as I said to you, it takes time.”

Commissioner Varley sa they also have several subject matter experts working with the task force, which includes Ministry of Finance and Treasury officers.