Tovosia to Wale: Necessary procedures will be taken on deep sea mining

The government will carry out all necessary procedures needed and required before any deep-sea mining activities can take place in the country.

This is according to the Minister of Mines and Energy, Bradley Tovosia in response to a question raised by Opposition Leader, Matthew Wale on the floor of parliament this week. 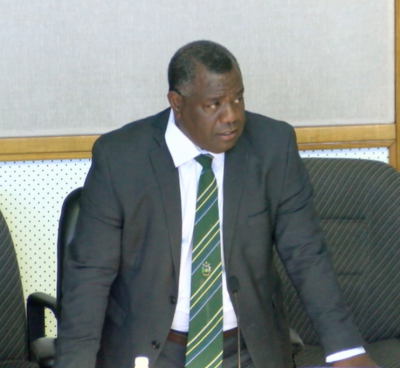 Wale was questioning Tovosia on the government’s position on deep sea mining.

“Before issuing any deep sea mining lease to any company, the ministry will carry out a nation-wide consultation.

“An advisory committee will be formed, to be made up of the representatives from the Ministry of Fisheries, Finance and Treasury, Civil Society Organisations and other stakeholders to explore the impact of deep sea mining in our context to ensure future controls contain appropriate checks and balances,” the Mines minister said.

Tovosia adds, one of the ministry’s objectives under the Mineral Act is to ensure deep sea mining policy is inline and abides by international conventions.

Meanwhile, the Opposition Leader calls on the government to stop any deep sea or seabed mining activities as doing so will have a serious impact on the country’s marine resources, especially on the fish stock and other sea food.

Wale cited that even surface/underground land mining, the government through the ministry responsible is struggling to deal with it.

He reiterated given the depleting state of resources, deep-sea mining should be banned at all cost.

In response to this, the Mines minister said given the issue is a new thing for the country, the government can also look at putting a moratorium on activities relating to deep sea mining in the country until proper regulations are in place to deal with such issues.

In 2014, a Canadian Mining Company Nautilus Minerals finalized an agreement to start digging an area of seabed in Papua New Guinea’s Bismarck Sea.

It intended to extract high-grade Seafloor Massive Sulphide (SMS) deposits of copper, gold, zinc and silver from a depth of 1,500m.

In 2019 the company declared bankruptcy, leading to this, the PNG government had a lengthy dispute with the company over the terms of the mining operations.

The controversial deep sea mining operation from the start has seen the call for a Pacific-wide moratorium on seabed mining in the region. The tailings dam at the Gold Ridge mine. Photo credit: Pacific Scoop. All downstream communities along the Kwara, Tinahula and Matepono rivers in Central Guadalcanal ... Read More