Solomon Islands joins the global call to conclude the work on the Marine Biodiversity Beyond National Jurisdictions (BBNJ) Treaty  by the end of this year. 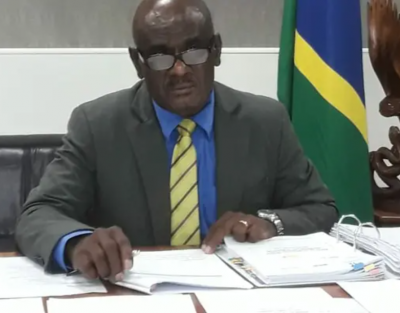 Speaking in Parliament yesterday, Minister of Foreign Affairs and External Trade, Jeremiah Manele said a fifth session of the Intergovernmental Conference on Marine BBNJ is scheduled to take place in New York from 15 to 26 August this year.

“Solomon Islands has joined the call to have the Intergovernmental Conference to conclude its work. The treaty will have an impact on managing areas beyond countries national jurisdiction,” Manele said.

For the Pacific region, negotiations on the treaty are done through a Pacific Islands countries’ body led by Samoa. Current negotiations are on four areas, they are marine genetic resources, area base management tools, capacity building and technology transfer and environmental impact assessment, according to Manele.

The Foreign Affairs minister adds, a revised draft text of the treaty is circulated to UN member countries by the United Nations Intergovernmental Conference on Marine BBNJ.

“Currently, there is now a text on the table for negotiations, a draft is revised following the session in March this year. There are a number of options in different areas that will be looked into at the upcoming negotiation.”

The treaty once ratified, will manage ocean governance and prevent the exploitation of high seas marine resources. Oil. Photo: Supplied.   Concerns have surfaced over what was believed to be oil patches being discharged at sea near the Lungga River mouth in ... Read More