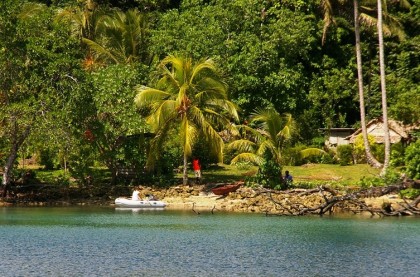 Unknown armed men from across the border in Bougainville have threatened villagers of Mono Island in Western Province with gun shots yesterday.

A concerned citizen of Shortland island, who requested anonymity confirms the incident to SIBC News today.

The concerned man says the shooting incident results from an argument between landowners and armed men who support logging on Shortland islands.

The person says the issue is serious as the shooting incident puts Solomon Islands security at risk.

SIBC News hopes to run a separate story on the issue as a statement from the police today says it is yet to receive any confirmation of the incident.

Court mallet. Photo credit: SIBC. The Magistrate Court has sentenced a 19-year-old man to 18 months in jail for unlawfully wounding his wife. The accused, ... Read More