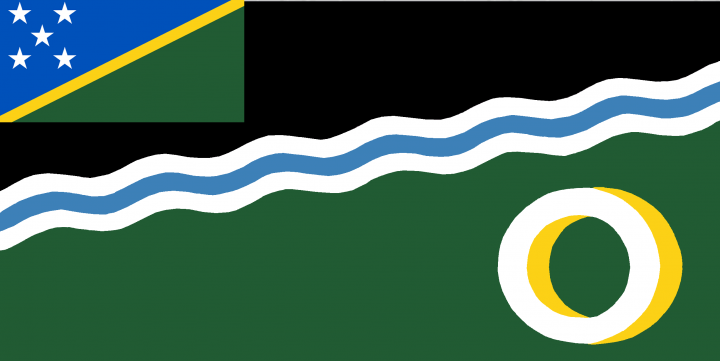 The flag of the Western province

Activities to mark the day are underway at Noro township as of this morning.

Speaking to guests and his people at the celebrations was Premier David Gina who said the province is doing its best to provide services to its people.

Director of Government Communications, George Herming who is in Noro filed this report.

Premier wants people to be aware of is that the province is doing all it can with its resources and especially playing host to major developments especially places like Gizo, Noro and Munda and people have also appreciated the assurance given by the Minister that the National Government will continue to work closely with Western Province to meet the development aspirations of its people”.

Mr Herming added, lots of activities to mark the day are underway at Noro including a mini trade show.

“There’s a lot of activities, a mini trade show is also taking place at Noro involving a lot of major companies in town coming down. I can see Our Telekom, SolTuna, BSP, and other ministries like the Ministry of Agriculture, the Biosecurity team is also here and also the selling and cooking of food is another highlight where people come and sell food, BBQ and fish and this helps to bring people together to mark this very important event for Western Province today”.

Chief guest in today’s celebrations is the Minister of Development Planing and Aid Coordination, Jeremiah Manele.