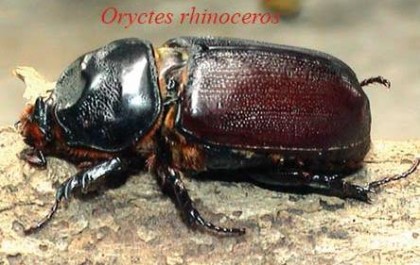 The world’s most deadly coconut rhinoceros beetle known as Oryctes rhinoceros has been confirmed to be present in Honiara.

Solomon Islands ‘Biosecurity and Agriculture Research’, Ministry of Agriculture and Livestock (MAL) confirmed after a member of the public reported strange damages on coconut palms at Panatina area this week.

Biosecurity staff followed up immediately and discovered symptoms typical to that of coconut rhinoceros beetle.

The Officers investigated further and found adults and larvae of the coconut rhinoceros beetle.

Mr. Macfarlane adds the presence of the beetle is threatening the country’s coconut industry and economy.

He says this is probably the most dangerous coconut insect pest in the world.

NEWER POSTOFFICIAL DELEGATION TO FIJI THIS MONTH FOR REVIEW ON AIRLINE M.O.U
OLDER POSTF.F.A PLEDGED TO SUPPORT GOV’T WITH FISHERIES