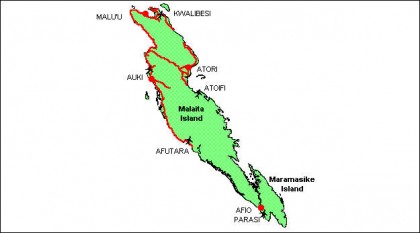 Passing vehicles spend more to pass through some points along the North road.

A Catholic Father at Malu’u, Clement Waneta told SIBC News this is expensive and is affecting everybody else in the region.

He says the recent bad weather has escalated the situation and people are now suffering – essential services are badly affected.

“I give you an example; yesterday Malu’u police went down to investigate a break-in case at Takwa school, during which they were not allowed to pass through the Kwai bridge as it was repaired by surrounding communities. The community members demanded $1,500 for their work on the bridge, which was badly affected by the recent bad weather.”

Father Waneta also calls on responsible authorities to fix the road as people’s lives are at risk.

“The stretch of road from Afufu to Fo’ondo and bridges along the path are quite dangerous for the travelling public at the moment, which is why I am calling particularly on the responsible ministry and the national government to address this situation.”