WUSI IN DISPUTE WITH SIPA OVER REMOVAL OF SIPA’s CEO 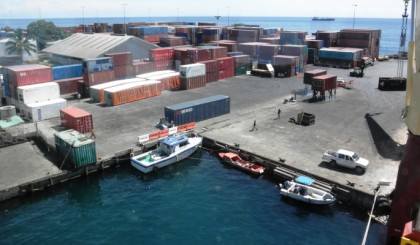 The Workers Union of Solomon Islands (WUSI) is currently engaged in a dispute with the Solomon Islands Ports Authority over WUSI’s demand for the immediate removal of its Chief Executive Officer, Collin Yow.

A statement from WUSI says WUSI is seeking a secure and reliable source to forward a formal report of the dispute.

The statement says Mr. Yow has terminated WUSI’s entire committee as well as other WUSI members and supporters.

It says Mr. Yow has so far refused to comply with the High Court order.

Meanwhile, the statement says, Mr. Yow has not only threatened the job security of WUSI members but also exporters whose workers are also members of WUSI.

It says it has come to a point where the Prime Minister and his government must intervene and deal with the demand to remove Mr. Yow.

In support of the choice, the Union plans to issue a general notice for its members for a nationwide strike.

It will also seek support from the leadership of the International Transport Federation (ITF) and the President of the Maritime of the Union of Australia (MUA) to remove Mr. Yow.