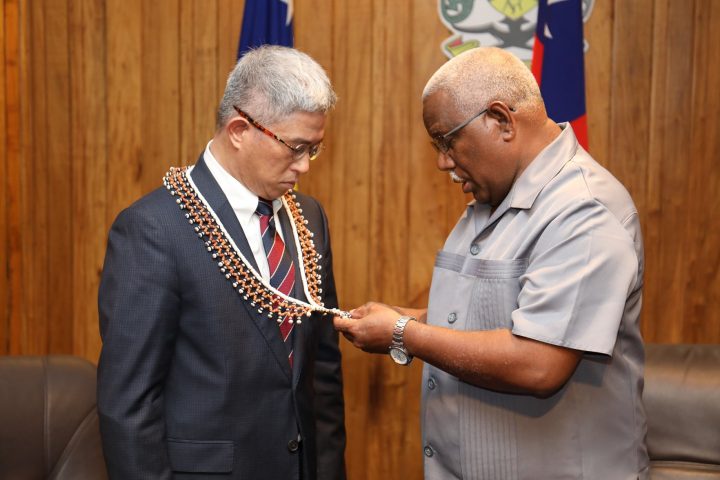 PM Hou explaining the significance of the shell money necklace which was presented to the Taiwan deputy foreign minister yesterday.

Minister Hsu said the draft plan of the main stadium had already been prepared and was ready to be forwarded to the Solomon Islands Government for review and approval.

He explained the next step is for the plan to be endorsed by the International Association of Athletics Federations and the constructing company before work commences.

Prime Minister Houenipwela said the Pacific Games remain a priority project for the Government for the next 5 years.

He said work was currently progressing behind the scene and he is optimistic that a tangible outcome should be signed off before the end of this year.

Meanwhile, the Taiwan deputy Foreign Minister has also assured the Prime Minister of Taiwan’s support in the areas of rural development, health, agriculture and education.

Minister Hsu said Solomon Islands remained an important friend and their biggest out of the six allies in the pacific islands region.