THE Ministry of Foreign Affairs and External Trade (MFAET) has helped facilitate a land exchange agreement between the governments of Australia and Solomon Islands for a new chancery office for Australia.

A Memorandum of Understanding (MOU) was signed at the MFAET office on Thursday (20th October 2022) between Australia’s High Commissioner, Dr Lachlan Strahan and the Commissioner of Lands, Alan Mcneil signifying the formalization of work to swap the current land housing the Australian High Commission at Hibiscus Avenue with a government land at Lengakiki. 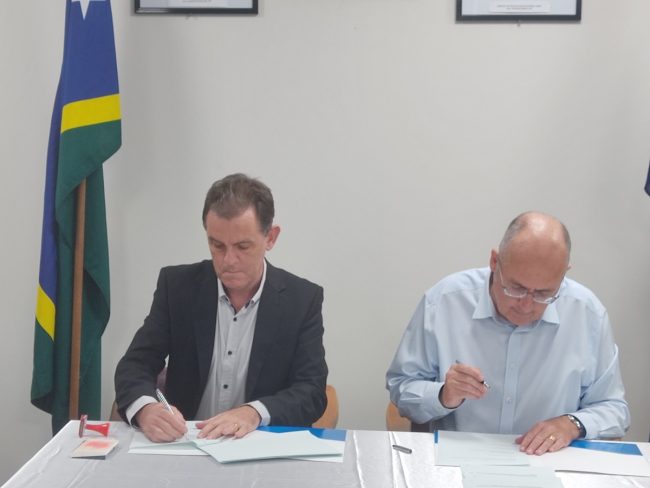 The government of Australia had requested land from the Solomon Islands to build a bigger chancery to house all their offices in one building. From current arrangements, the Australia High Commission (AHC) is occupying two separate physical venues with the Chancery at the Hibiscus site and the Annex at Heritage Park compound.

Discussions were held by both sides which culminated in the signing of the MOU on the Land Exchange.

Under the terms of this MOU, AHC will surrender the Hibiscus Avenue site to the Commissioner of Lands and relocate to the new chancery site.

MFAET’s Assistant Secretary, Pacific and Regional Organizations Desk, Janice Mose said it is a government commitment to provide Australia with land to enable them to build a home and work with the Solomon Islands on our shared principles and further our mutual interest and development objectives.

By assisting Australia in this request, Solomon Islands as host country has shown its commitment to upholding its obligations under the Vienna Convention on Diplomatic Relations to provide countries with an embassy on the ground in Honiara, adequate space for them to conduct diplomatic and bilateral relations with the country. 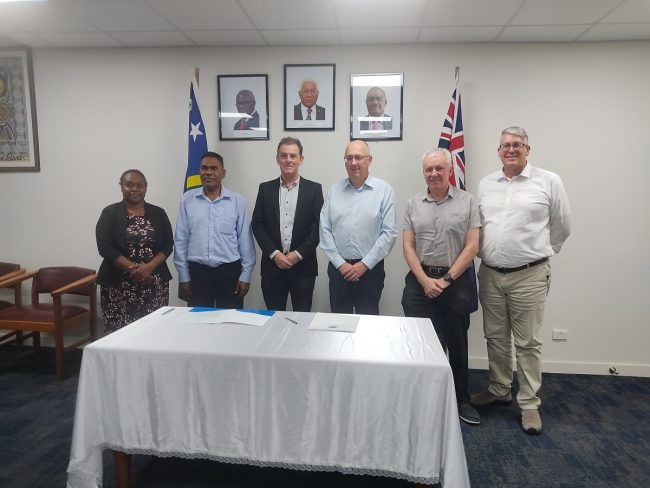 Officials from MFAET, Commissioner of Lands and the Australian High Commission after the signing of the MOU

Australia has one of the largest aid programmes in Solomon Islands and it is important that as host country, Australia is provided the space that allows them to work with us through people to people connections and working in areas that promote our mutually shared principles, values and interests as well as development aspirations.

Commissioner of Lands, Alan Mcneil said after the MOU, a grant instrument will be signed and a formalization of the land title as a 75-year fixed term estate to be registered under the name of the Australian government.

NEWER POST“Welcome, You are one of us,”Malaita Provincial Govt told Prime Minister Sogavare
OLDER POSTMan dies after suspect beat him with walking stick in Honiara