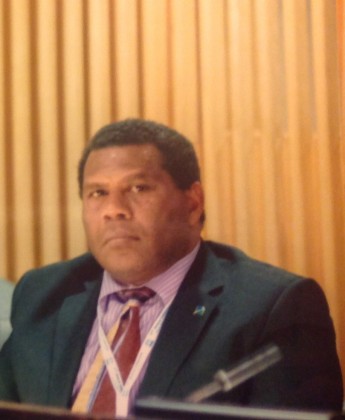 Almost five hundred students have been terminated and suspended of their government scholarships due to poor academic performance. Photo: Courtesy of UNESCO

Almost 5-hundred students have been terminated and suspended of their government scholarships due to poor academic performance.

The Government has also rejected applications for extensions this year, saying students who need extra semesters to complete their program of study will have to pay their own tuition.

“Those who are terminated amounts to about 177, hundred and seventy-seven students. Those who have been considered to come under the category of suspended students amounts to 194, under-load would be 169,” he said.

“Those who fail to meet the policy here – the units that a student is expected to take, eight, four in the first semester normally and four in the second semester. Those who fail more than half of that are definitely terminated, and there are about 177 students like that. And those who are suspended are mostly first year students, and if they fail two units, they are going to be suspended, and those are the ones who fall under the 149 here”, said Mr. Ha’amori.

SIBC News understands a total of 495 scholarships were either terminated and suspended; and were mainly of Government sponsored students studying at the USP Laucala Campus in Fiji.

Japanese Embassy staff with the scholarships. Photo credit: SIBC. The Embassy of Japan in Solomon Islands has announced the selection of Japanese Scholarships for research students ... Read More