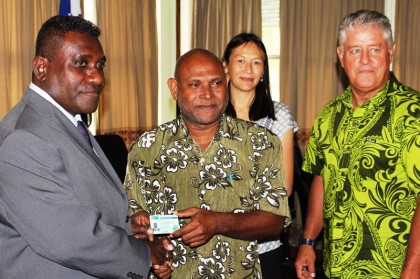 Prime Minister Gordon Darcy Lilo is the first to be issued with the driving licence produced by Inland Revenue’s new Transport Management System.

The issuance of the licence was made by the Deputy Principal Licensing Officer, George Tapo, who was accompanied by Acting New Zealand High Commissioner Sarah Wong.

The New Zealand Government is a significant contributor to the 6.5 million dollar system.

From Monday, 10th February, other drivers and vehicle owners whose licence is due to expire soon will have to go to the Inland Revenue website or call in at the Inland Revenue Office to get an information pamphlet, details of the new fees or pick up the necessary forms.

Queries regarding the new system must be directed to the government’s Inland Revenue department.

Meanwhile, changes affecting vehicle owners and driving license holders are set to be enacted next week.

The Principal Licensing Officer, Mark Bell, confirms the new system is ready to be switched on at the Inland Revenue.

A government statement says, initially the new system will be implemented only in Honiara and Guadalcanal Province.

The first of the new driving licenses will be issued to Prime Minister Gordon Darcy Lilo.

New driver and vehicle licenses will be available for issue from next Monday.

The statement adds, vehicle owners and drivers can obtain an application form through the Inland Revenue Division’s Web site to have their driving and vehicle licenses replaced adding hard copies will also be available at the division for picking. 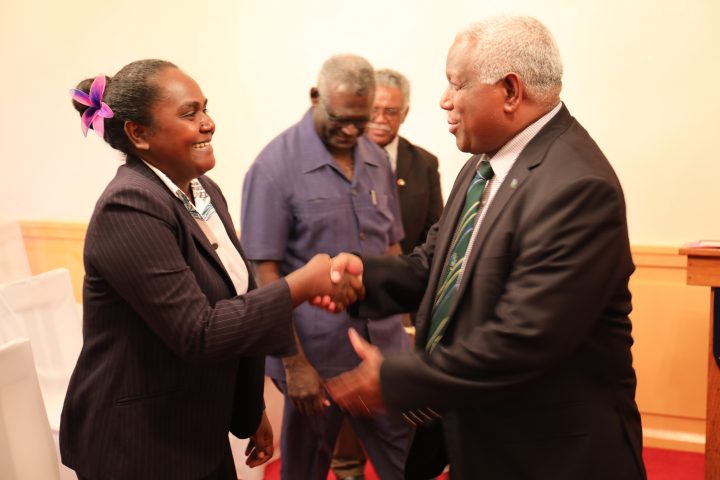