A concerned man from East Are’are refutes claims that the election of the Deputy Speaker Andrew Manepora’a is done illegally.

A Gabriel Ha’a told SIBC News the election of the Deputy Speaker was done according to the Standing Orders of Parliament since Andrew Manepora’a was stood unopposed.

Mr Ha’a explained his opinion on the legality of the process.

“There is no election that we can conduct if there’s only one candidate who stands unopposed. During Mr Job Dudley Tausinga’s term in Parliament, he was also unopposed and the same as Sir Peter Kenilorea when he represented East Are’are. Was there an election in East Are’are then?”

MINES MINISTRY URGED TO BE TRUTHFUL ABOUT RECENT DISCOVERY 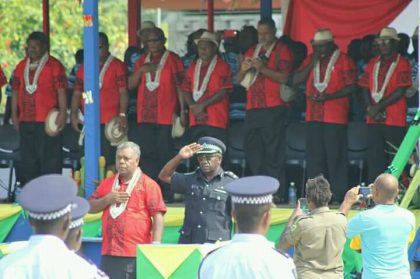