ARRESTS YET TO BE MADE ON RO’ONE ARSON 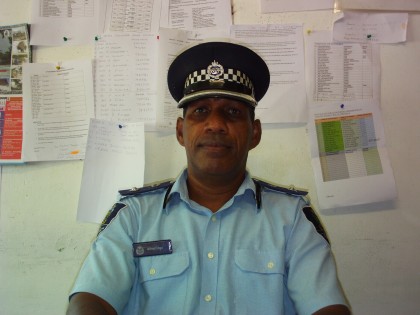 No arrests have been made so far in relation to the arson incident at Ro’one village in South Malaita last week.

Provincial Police Commander (PPC) for Auki, Alfred Uiga confirms, people in the community are reluctant to assist the police.

“No arrests have yet been made as the people there are reluctant to assist police. During that time police have reiterated working in partnership with them and it’s better for them to assist the police if they want the situation to be solved and in regards to the incident investigation is progressing well and I do hope that arrests will be made in the not too distant future.”

Meanwhile, PPC Uiga says the incident was the resulted of disagreements between two parties in the community over their chiefly system.

“According to police findings they later realized that it’s something to do with the chiefly system of that village, where one party disagreed with the reigning chief by the name of Andrew Rebo and
that’s why they burned down the custom house.”

SIBC News understands, the arson incident occurred on 6 March where a custom house was burned to ashes.