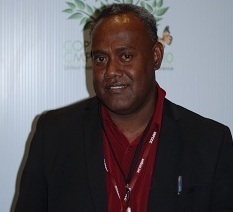 The Bahomea and Malango House of Chiefs on Central Guadalcanal are furious with the news that Mr. Rence Sore has been appointed to the post of Special Secretary to the Prime Minister (SSPM).

In a statement to SIBC, the chiefs say, Mr. Sore was the PS of Mines, Energy and Rural Electrification during the $18-million Landowners royalty scandal a few years back.

It was alleged that as PS responsible, Sore authorized payments, which were later found to breach the Mines and Minerals Regulations.

A special task force established by the government confirmed serious breaches and the fraud of more than $18-million and suggested critical recommendations.

The Chiefs say no one has been arrested over the huge scandal.

The Gold Ridge Landowners have expressed dissatisfaction hearing the appointment and warn the Prime Minister to reconsider his decision.

SANTA ANA WITHOUT REGISTERED NURSE SINCE MAY.