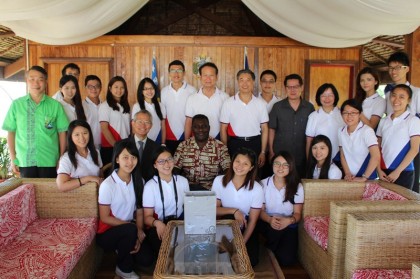 A statement from the office of the Prime Minister says Prime Minister Lilo thanked the visiting youth ambassadors for visiting the country and its people to learn about Solomon Islands culture and tradition.

The Prime Minister says such visit is important as its strengthens people to people relationship that has been shared between both countries.

Mr Lilo adds Solomon Islands Government would look into the possibility of starting similar programs to also send Solomon youth ambassadors to Taiwan to learn about the traditions and cultures of Taiwanese people in the future.

Ambassador Yu also assures the Prime Minister that the Taiwanese youth ambassadors have really enjoyed their short visit here and they have learnt a lot from the communities and people they interacted with.