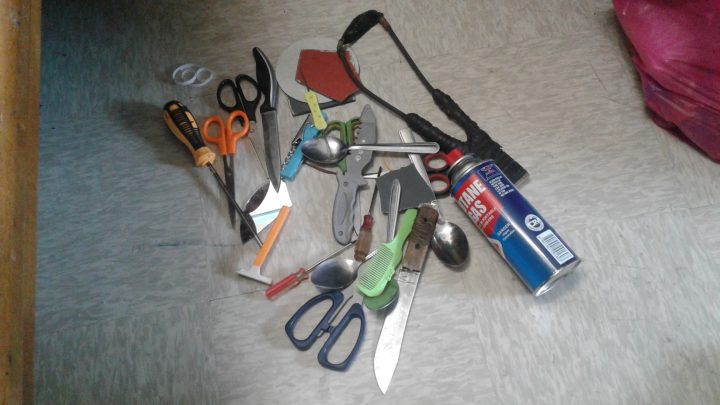 Weapons confiscate during police operation at the Carols in the Islands

A disturbing trend of weapon concealment has emerged at the Carols in the Islands event held in Honiara last weekend.

Police Commissioner Matthew Varley said while there was a well-behaved crowd at the Carols, Police have confiscated a number of kitchen knives and screw drivers when they conducted bag checks at entrances to the Lawson Tama Stadium.

Commissioner Varley said this needs attention as it is disturbing.

“I saw evidence of people carrying around knives and other things in their bags or their clothing and this is something that I think we should, you know, draw attention to.

The Police Commissioner added, such behavior is unacceptable in a public place and Police will confiscate such items if found on people.

“That sort of behavior isn’t really acceptable in our community in 2018 and 2019 so there were a number of people warned for carrying those weapons and also a number of other sharp instruments that people were carrying including screw drivers.

“We also saw and it doesn’t take a genius to work out that a screw driver can be a tool but it also can be a very dangerous weapon in the wrong hands so again our message there is that sort of item will be seized by Police if it’s found to be carried in a public place”.