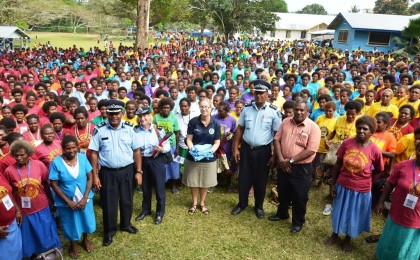 About 2,000 women of the Catholic Church were briefed on the Staged Limited Rearmament of the Royal Solomon Islands Police Force (RSIPF) this week.

A statement from RAMSI’s Public Affairs said the briefing was held on Thursday during the 8th Archdiocese gathering for Catholic Women at the Tangarare Catholic Parish in West Guadalcanal.

Organisers of the meeting invited representatives of the Ministry of Police, National Security and Correctional Services, the RSIPF and RAMS for a briefing on the RSIPF limited rearmament project approved by the Government in 2013.

Following the presentation participants expressed their appreciation for the information session, with many women indicating their support for the plan to rearm three units of the local police force.

Many welcomed the rearmament of parts of the RSIPF as a means to enable police officers to better protect themselves and community members in high-threat situations, and as a last resort.

The women participants came from Guadalcanal, Central and MakiraUlawa Provinces.

NO TSUNAMI WARNING FOR SOLOMON ISLANDS AFTER 4.8 QUAKE TODAY

Temotu's main jetty. Photo: Courtesy of royall.co.uk The National Disaster Management Office, says there is no tsunami threat following an earthquake which occurred around 11am ... Read More 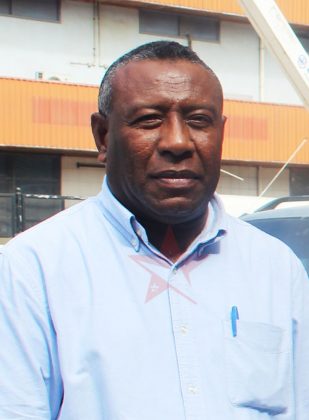