At its monetary policy meeting on 22nd September 2022, the Board of the Central Bank of Solomon Islands (CBSI) decided to adopt an accommodative monetary policy stance, geared more towards taming inflation for the next six months.

The decision follows the need to continuously support a durable recovery while ensuring that inflation remains intact going forward.

Economic activity in the six months to June 2022 weakened further against the second half of 2021, as lingering effects of COVID-19 and spill-over effects from the war in Ukraine continue to disrupt and delay recovery of the economy. Activity in all sectors remained weak except communication and investment which showed some signs of rebound. 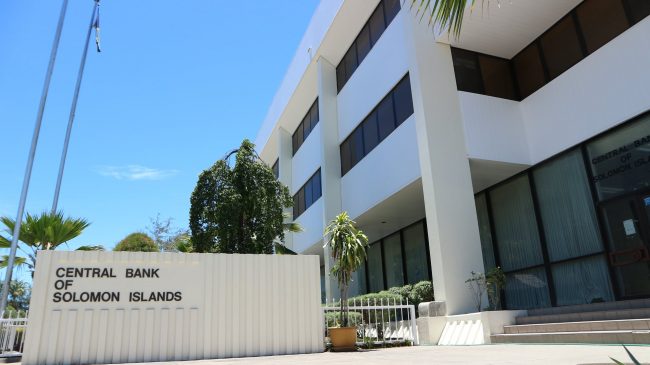 Despite weak economic activity, headline inflation continued on an upward trend and stood at 3.9 percent in June 2022 from 2.5 percent in December 2021, largely reflecting soaring global fuel and food prices in the first half of the year. Core inflation rose to 4.1 percent from 1.2 percent in December 2021, driven mainly by rapid price rises in fresh produce from the market. In this business environment, the outlook for headline inflation has been revised upwards to reach 6.9 percent by the end of this year, higher than the 3.2 percent projected earlier in the March Monetary Policy Statement. Most of this surprise was owed to greater increases in imported inflation, in particular, surging fuel and food prices.

Core inflation is estimated to hover within a 5-6 percent range by year end consistent with anticipated pass-through effects of high food and fuel prices and supply constraints in the domestic market.

Relatedly, the outlook for the economy for this year is expected to recede at a smaller decline of -4.3% boosted primarily by the opening of borders, lifting of mobility restrictions early this year as well as the ramping up of the constructions of key national projects and road up- grades in Honiara and the provinces.  This construction-led growth is anticipated to linger into 2023 as spillover effects from the Pacific Games benefit other sectors. Nonetheless, risks to both these outlooks are considerable.

Spillover effects from the war through higher fuel and food prices and persistent higher global inflation could swiftly change these outlooks.

In view of this background, CBSI will continue to support economic recovery through an accommodative stance by keeping unchanged the Cash Reserve Requirement and Bokolo Bills. However, CBSI will be vigilant and flexible to incoming data especially on the upward risks to inflation and take appropriate actions as needed.