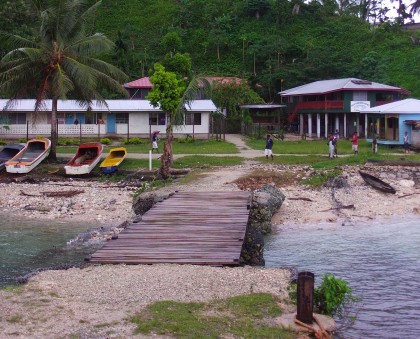 Some Small Malaita Chiefs have accused the organizers of a recent visit to Afio on Small Malaita by the Prime Minister and his Finance Minister of being ignorant of normal protocol practices.

A report reaching freelance journalist George Atkin says the chiefs want to know why the organizers side-lined them at the function hosted in the honour of visiting Prime Minister Gordon Darcy Lilo, and Finance and Treasury Minister, Rick Hou.

The report says the chiefs were made to eat their food under the floor of the house where the function was held while Mr Lilo and Mr Hou had their food above them.

It says some chiefs from Aulutalau Village had traveled all the way to Honiara from Small Malaita to see Mr Hou who is their MP to find out why they were being treated that way.

The report says the chiefs felt the visit was a golden opportunity they could have used to speak with both the Prime Minister and their elected representative.

And it says under the proposed federal system of government, chiefs would be empowered to be part of the third tier of the government system.

The report however says the treatment the chiefs received had failed to sing the tune of the proposed federal system of government.

Russell Islands. Photo: SIBC. A concerned man has questioned the Government as to when it will consider allowing landowners to develop their lands in the ... Read More 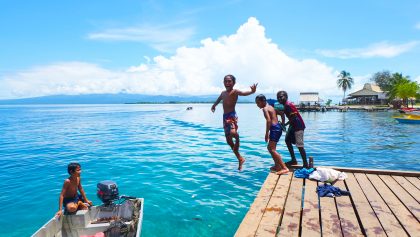 SIBC travelled to Gizo and the many beautiful islands close by - check out our  picture gallery for a taste of this paradise. Pikinini jump ... Read More