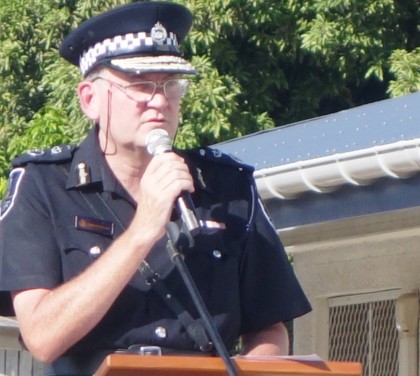 Focusing on the continued development of the Royal Solomon Islands Police Force (RSIPF) is important as RAMSI will conclude in the next 12 months.

Police Commissioner, Frank Prendergast made the comment at the recent opening of the National Response Department (NRD) and Armory in Honiara.

Describing the NRD opening as a “significant milestone” on the path to developing the RSIPF, Mr. Prendergast says focusing on the continued development of the Police Force is important.

Meanwhile, RAMSI Special Coordinator Quinton Devlin says with the training and continued development of the RSIPF, he is confident the Force is rightly equipped for security in the country.

“When I look at the mentoring, the training and infrastructure support that RAMSI has provided to the RSIPF over the last 13 years, and which we will continue to deliver during our final 12 months, I am very confident that the RSIPF is increasingly having the right facilities, the right equipment, the right skills and the right tools to deliver security and law and order in this country.”

Chief Jacob Sibia standing in front of the new classrooms. From holding classes in a garage to the site you see today - Ando ... Read More