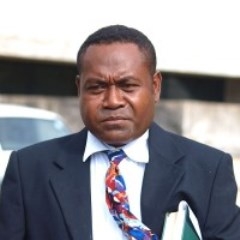 The outcome of the High Court decision on the case challenging the constitutionality of the Political Parties Integrity Act (PPIA) will not affect the national general elections.

Titiulu said whatever the outcome, it will not affect the election next week and also the formation of the government.

He said the Political Parties Integrity Act only acts as a process to guide the registration of Political Parties and will not influence the formation of the government since elected Members of Parliament are not prohibited under the Constitution to vote as independent MPs who they want to be their Prime Minister.

Titiulu told Solomon Star, the validity of the Act will depend on what the High Court decides.

Meanwhile, SIBC Understands, Solomon Islands Democratic Party (SIDP) is challenging section 45 of the Act that prohibits unregistered political parties from participating in an election, which the Act regards as unconstitutional.

The Solomon Islands High Court. Photo credit: SIBC. The High Court has acquitted a man charged with rape and buggery this morning, due to insufficient ... Read More