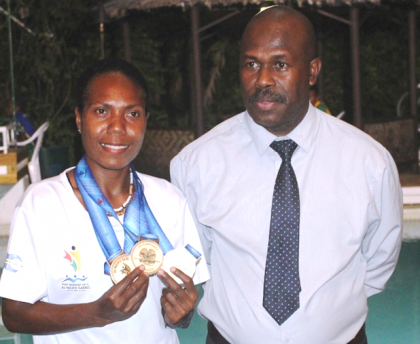 The Democratic Coalition for Change Government has dished out a total of $225,000 in cash prize money to medal winners of the recent Pacific Games.

The cash prizes were handed out to the medallists at a special Government function for the Solomon Islands Pacific Games contingent at the Honiara Hotel last night.