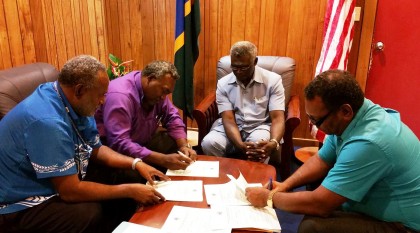 Mr Sogavare adds, there is so much to do to move the country forward.

At Tuesday’s count, the Government now boasts 35 MPs while the Opposition and the Independent both share 15 MPs.