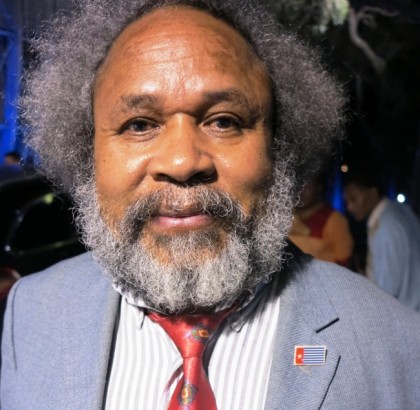 Solomon Islands could attain significant economic benefits if it supports West Papua’s submission for membership in one of the region’s powerful body, the Melanesian Spearhead Group.

The sentiments were echoed by West Papua’s Independence activist and a member of the United Liberation Movement for West Papua, Jacob Rumbiak, in an exclusive interview.

Rumbiak says these resources could be shared with Melanesian countries through economic agreements if MSG members admitted West Papua into it.

Rumbiak says the Copper mine Freeport in West Papua earns a total of US$250 billion annually and  US$14 billion of that amount is paid every year as tax to Jakarta, Indonesia.

He said these big monies can benefit Solomon Islands and the Pacific region if the MSG members considered West Papua’s submission for membership and if the MSG advocates for West Papua’s fight for Independence in the international arena.

He also said the Freeport Copper Mine is just one of the many resources in West Papua.

Meanwhile, the Solomon Islands Solidarity Movement for West Papua has called on Prime Minister Sogavare to vote for West Papua’s bid to be a member of the Melanesian Spearhead Group.