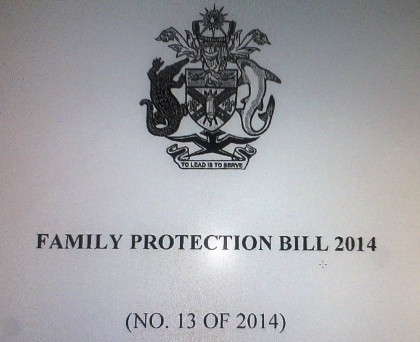 The Act which was gazetted on the first of April is developed to address the increasing rate of family or domestic violence nationally.

Policy Coordinator for the Ministry of Women, Youth, Children and Family Affairs Ms Juliana Wickham says the launch is part of a series of media programs initiated to promote the importance of the Act.

“It’s basically to raise publicity around the recent commencement of the Family Protection Act, so the Act was passed in 2014 and commenced this year on the 1st of April, so a series of media programs taking place all throughout this week, like radio spots, is to mark and raise the Act’s profile.”

Ms Wickham adds zero tolerance to domestic violence is the core message of the launch.

“The main message that the Government wants to promote as part of this event is that that is now a Family Protection Act, there is a law, that is available to protect the people of Solomon Islands and those living in Solomon Islands. We would also like to promote that violence is not the answer.”