Five candidates that contested the 2019 National General Election (NGE) and failed to submit their financial statements of account have been charged and appeared in the Honiara Central Magistrates’ Court. 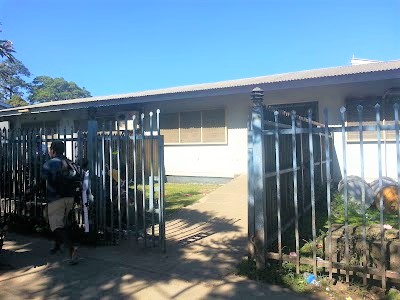 In a statement today, National Criminal Investigation Department (NCID) of the Royal Solomon Islands Police Force (RSIPF) confirmed that Police will continue to charge those who have been involved in breaching the Electoral Act.

Supervising Director NCID Superintendent Michael Bole Says the five accused candidates were charged with Election Expenses and Donation, contrary to section 125 (2) as read with section 69 (1) (a), (b) and section 107 (1) (b), (2) of the Solomon Islands Electoral Act 2018.

The penalty for breaching section 69 as stipulated in the offence under section 125 (2) is $20,000.00 penalty units or two years imprisonment or both.

Mr Bole adds, the passage of the Electoral Act 2018 strengthened the Electoral Commission, thereby the Police are doing their best to try as much as possible, among other functions, to deal with all complaints and breaches that come before it.”

“Compliance with Section 69 was one of the requirements the must be delivered within 90 days of the declaration of the election result,” he adds.

Director Bole says other candidates are “yet to be charged for failing to comply with the electoral requirements.”

Former Chief Electoral Officer Jane Waitara on July last year, said the Solomon Islands Electoral Commission (SIEC) submit names of 80 candidates who fail to comply with the Electoral Act 90 days after the 2019 NGE as well as the November 2020 By-elections.

Waetara said 13 of the 14 candidates who contested the November 2020 By-election for Central Honiara and Northeast Guadalcanal constituencies complied with the provision, while one failed.

Section 69 of the Electoral Act 2018 states that candidates contesting a National General Election must provide their campaign expenses to the Commission.

Subsection (1) states: “Within 90 days after the publication of an election result under section 107, a candidate in the election must submit to the CEO a statement of account specifying:

“(b) the source of all funds (including the amount received from each source) used to meet those expenses.

Subsection (2) states: “The regulations may make provision for the preparation and content of the statement of account.”