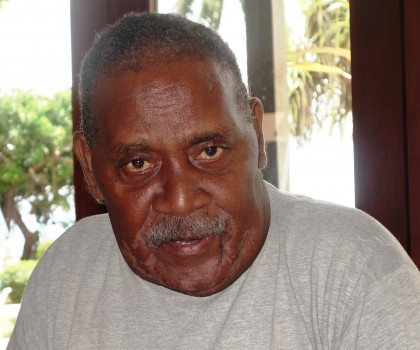 Five Malaysians whose work permits have been cancelled were given a seven days grace period before facing deporting.

A letter served to the owner of Evergrow Corporation Limited by the Labour Division explains, the five Malaysians were found to have illegally undertaken employment with another employer- Fresh Grower Farm, other than Evergrow Corporation, breaching their work permit.

Local farmer and President of the Malaita Ma’asina Forum, Charles Dausabea who helped uncover this case, told SIBC News the Labour Division has cancelled their work permits as of Wednesday this week.

“Labour has finally cancelled the work permit of the five Asians, where I am providing you the list. Now Labour has given a seven days grace period to explain themselves, but from my view, I don’t know, what evidence would they refer to because we physically visited their farm, whereas they suppose to be in the logging camp doing logging, but they are there creating that new farm of chicken layers and broilers which should be reserved for Solomon Islanders.”

Meanwhile, Mr Dausabea calls on all farmers in the country to report any similar cases to the Labour Division or to the Malaita Ma’asina Forum.

He encourage local farmers to protect the future of farming in the country by being responsible in reporting such cases.

“So I want to ask the indigenous people of the country if you ever sight any Asian feeding poultry or piggery and were unable to report it to the Labour, then report it to us so that we’ll take the case to the Labour Division, so I encourage all Solomon Islanders and all farmers that the responsibility lies not only on the Labour Division, Foreign Investment Board or Immigration. The responsibility to protect this country for our future generation in farming rests upon our shoulders.”

SIBC News understands, the five Malaysians entered the country to work for the Evergrow Corporation Limited as loggers, but have recently engaged in farming when they were caught.

An elderly man, facing counts of rape and indecent assault, will appear again at the Magistrates Court later this month. The 72 year old man, ... Read More