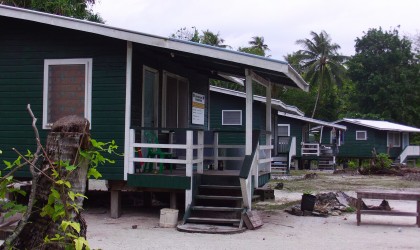 The Parliamentary Opposition Group said the Government has failed the people of Sikaiana which resulted in the death of a child and worrying health concerns of mothers and children on the atoll.

A statement by the Opposition said the Government’s negligence on its own people on Sikaiana, only shows how irresponsible the Democratic Coalition for Change Government to its own citizens.

The statement said the Government has turned a blind eye on its own people when it fails to listen to their plea over the past almost four months.

The Opposition Group says it is shocking and unbelievable that the Office of the Prime Minister and Cabinet can spend $1.6 million on a two week trip to Taiwan and let its suffer and die.

The Opposition statement adds that Government through the responsible ministry must immediately dispatch a ship and an emergency team to the island with medical supplies, food, water and other necessities.